My dream. Move to Australia. Live by the sea. Have a big house. Meet a nice Australian girl. Laze around in the sun. Fly my plane to a few minor medical emergencies. Retire.

It’s a well-trodden path. For the last decade or so thousands of FY2 doctors have finished their training here in the UK and headed down under to Australia or New Zealand to take a year out, experience a different culture, travel, and even settle.

But now things are changing. It’s not quite so easy. So let me tell you about my experience of moving to Australia.

Here’s the main problem. Australians. Bloody Australians. There didn’t used to be enough of them. Now there’s too many of them.

Ten years ago Australia had to import thousands of overseas doctors a year to meet demand. They brought them from all over the world. So, if you were a UK graduate, speaking English as your first language, then you had a pretty big advantage. They were taking hundreds of doctors from the UK.
But, they knew this was a problem. So, they were recruiting more Australians into medical school. Lots more. In 2003, there were less than 1,500 Australian medical school graduates. In 2013, there were more than 3,500. 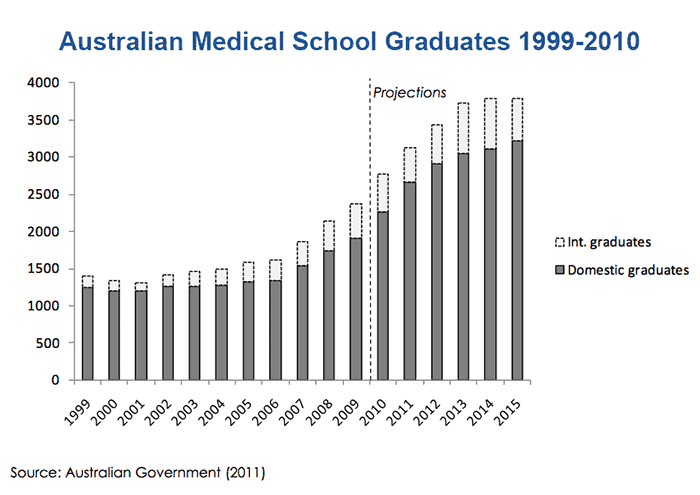 This year, like in the UK, there are more graduates than internship placements. So some Australians are missing out. So where are they going? New Zealand that’s where! Combine this with the fact that now many New Zealanders, who previously went to Australia, now stay at home, and this makes it much more difficult to get a job there too.

Pop back in a few days for the next blog post: How to get a Job in Australia or New Zealand

Part of the Moving to Australia series