Candida is the name of a group of yeast (fungal) species, which can cause skin and mucosal surface infections. It is one of three type of yeast that can infect humans:

Candida infection is sometimes called “candidiasis” and it is characterised by its white appearance. The most common species is candidiasis albicans.

Sites of infection include: 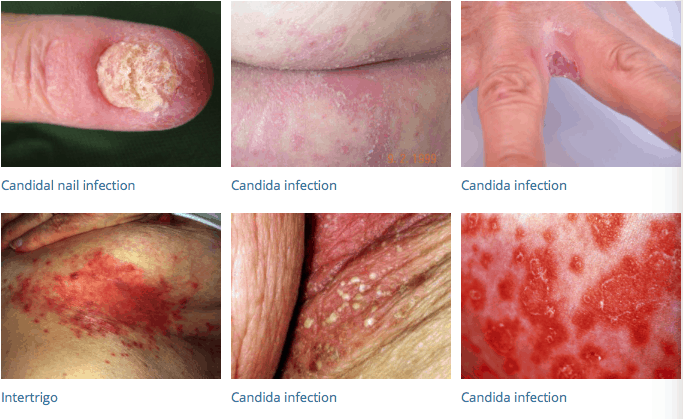 Rarely, invasive candidiasis can occur – this refers to candidiasis in the bloodstream, leading to organ infection. It is typically associated with severe immunosuppression.

Often a clinical diagnosis. Swabs can be taken for microscopy and culture, but be aware, that false positives are common – candidiasis often lives harmlessly on the skin. It can also cause secondary infection to an already existing skin condition (e.g. psoriasis or eczema).