Gram staining is a method of staining used to classify bacteria into two main categories; gram-positive and gram-negative. It was developed by the Danish scientist Hans Christian Gram in the 1880s.

Gram staining – 140 years after its discovery – is still often the first and one of the useful methods of identifying bacteria.

The differentiation is particularly important as it helps to identify which types of antibiotics will be most effective against an organism – often much sooner (within a a couple of hours) than can be determined by culture and sensitivities – which can take up to 48 hours.

Gram-negative bacteria have a complex wall structure than gram-positive bacteria, with multiple layers – in particular an additional outer lipopolysaccharide (LPS) layer. This means that they are not (as) susceptible to some of the antibiotics used to treat gram-positive infections.

The LPS is also toxic to humans, and thus gram-negative infections can be more likely to result in sepsis and signs of septic shock. 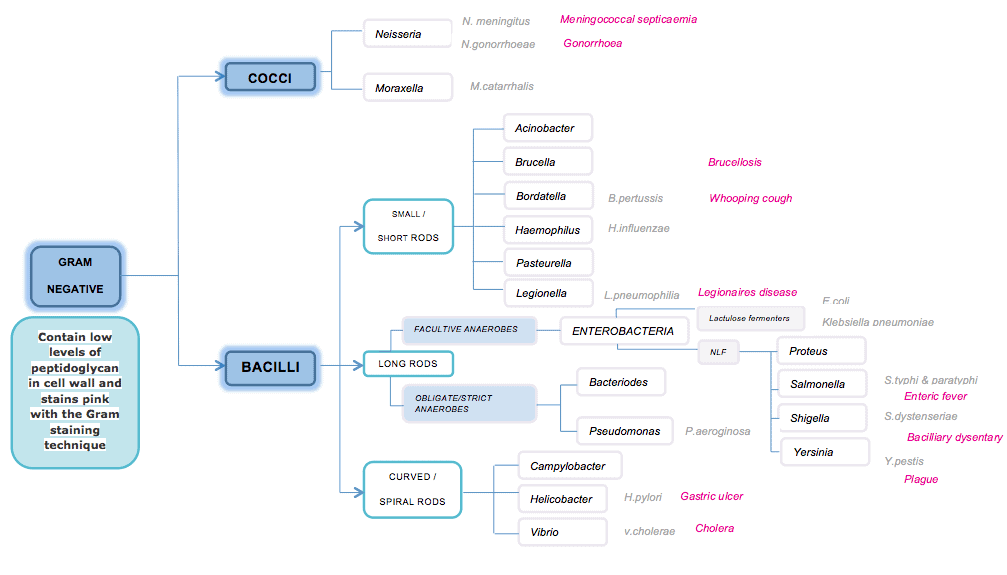