Toxoplasmosis is a parasitic disease caused by the protozoa Toxoplasma gondii, whose main reservoir is in cats, although it can infect most mammals. In humans, it can cause an acute, vague flu-like illness, sometimes with myalgia and lymphadenopathy, which can last from several weeks to months, although it can often be asymptomatic.

Toxoplasmosis is endemic worldwide and infects up to 50% of the world population. This is around 20% in most developed nations. It is not entirely clear what proportion of people completely clear the infection, and what proportion enter the “latent phase”.

Prevention is by proper food preparation and thorough cooking. It is also important to practice good hygiene when cleaning cat litter trays if these are present in the home.

In most healthy individuals the acute infection becomes latent or is cleared. In a small number of cases it can cause severe complications, such as eye damage (chorioretinitis), seizures and anaemia. These complications are only usually seen in those with underlying immunosuppression (such as in HIV / ADIS), and can also be seen in neonates born to mothers with toxoplasmosis.

Toxoplasmosis is one of the TORCH infections – which are associated with adverse outcomes pregnancy. Despite this, there is not form screening programme in the UK or Australia as part of antenatal screening – due to the high false positive rate and difficulty interpreting blood results (differentiating between previous, latent and active infection).

Found in tissue of most warm blooded mammals but cats are the only hosts for its definitive life cycle.

The bacteria has 2 forms: 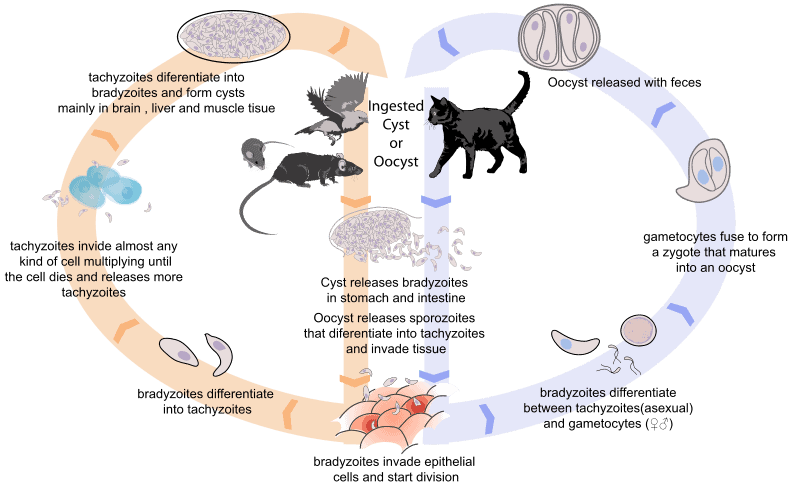 Infection is asymptomatic in most immunocompetant people (kids and pregnant women). Presenting features can include: 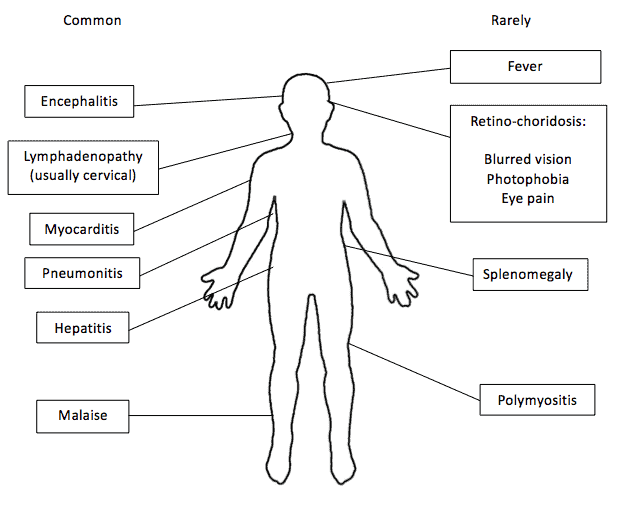 Congential toxoplasmosis can result in:

The risk of congenital toxoplasmosis is greatest if the infection is caught during pregnancy (rather than before pregnancy). For those with positive Toxoplasma gondii antibodies at the start of pregnancy, they are likely immune, or have latent infection, and thus the risk is lower.

Screening for toxoplasmosis in early pregnancy is not currently recommended due to the high false positive rate and difficulty of interpreting test results to assess if there is truly an acute infection – and therefore difficulty in knowing if any treatment is warranted. Screening can cause a great deal of anxiety for expectant parents.

Diagnose it yourself – DIY – The Baby That Can’t Breathe

What a lovely morning for the Opera