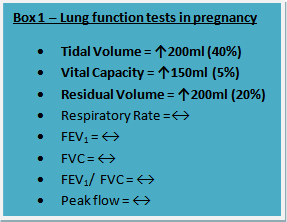 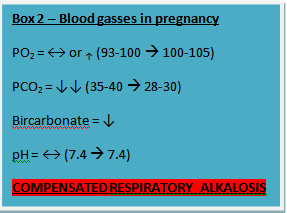 There are several reasons why the cardiovascular system in particular needs to adapt.

The immune system is depressed in pregnancy, giving an increased risk of viral infections.

Almost every endocrine gland is altered by pregnancy; below is a summary, only a few are discussed in some depth.
Anterior Pituitary:
1. ↑Prolactin
2. ↓FSH
3. ↓LH
4. ↓GH
Posterior Pituitary:
1. ↓Oxytocin (storage and release)
Adrenals:
1. ↑Cortisol
2. ↑Renin
3. ↔/↑adrenaline/noradrenaline (elevates in labour)
Thyroid:
1. ↑Thyroid Hormones
Placenta:
1. ↑hCG
2. ↑hPL
3.↑Oestrogens
4.↑Progesterones
PROLACTIN is produced in the anterior pituitary gland. It increases within a few days of conception, and during pregnancy it affects water transport across the placenta, and therefore the fluid balance of the fetus. After pregnancy it controls the production and secretion of milk.
OXYTOCIN is produced in the hypothalamus and stored in the posterior pituitary. During labour it is released in pulses.
THE THYROID GLAND is stimulated (it is thought) by hCG in early pregnancy, and there are increased amounts of thyroid hormones in the blood of pregnant women. Pregnancy is described as a hyperdynamic state and the basal metabolic rate is raised, leading to symptoms of hyperthyroidism.
THE ADRENALS are split into an outer cortex, and an inner medulla. In pregnancy the cortex secretes increased amounts of rennin and cortisol, however the medulla does not increase production/secretion of adrenaline and noradrenaline. Only In labour do the adrenals secrete more adrenaline/noradrenaline.
HUMAN CHORIONIC GONADOTROPIN (hCG) is produced in huge amounts by syncytiotrophoblasic cells within days of conception and can be detected within 8-10 days. They form the basis of all pregnancy tests. The function of hCG appears to be to maintain the corpus luteum until the placenta is developed enough to take over hormone production, which happens at 8 weeks. This theory is supported by the fact that levels of hCG peak at 8-10 weeks then decrease. hCG also has a thyrotropic effect, however this is not normally significant unless there are huge amounts of hCG, for example in molar pregnancies.
HUMAN PLACENTAL LACTOGEN (hPL) is produced by the placenta in proportion to placental mass. It is similar in structure to growth hormone and prolactin, and although its true function is not yet known, it is known to have insulin resistant properties.
STEROID HORMONES are produced in large amounts by the placenta during pregnancy. Their effects are widespread and have been covered above however below is a brief overview
OESTROGENS – are produced from androgen precursors and in pregnancy are mainly involved in preparing the uterus for labour.
PROGESTERONES – Are produced mainly from cholesterol, and relax smooth muscle, maintain uterine quiescence (cells grow not divide), and softens ligaments in order to make delivery of the baby easier.

Win a free copy of the almostadoctor app!