Dupuytren’s Contracture is a progressive flexion deformity of the fingers, typically affecting the 4th (ring) finger. Also commonly affects the little finger, and rarely the middle finger. It is a result of contracture and fibrosis of the palmar aponeurosis.

It is usually painless, and can affect one or both hands. It usually progresses very slowly over many years, and in some cases can severely limit function.
It typically occurs in individual with a genetic tendency of the disease, although alcohol intake is also an important contributing factor. 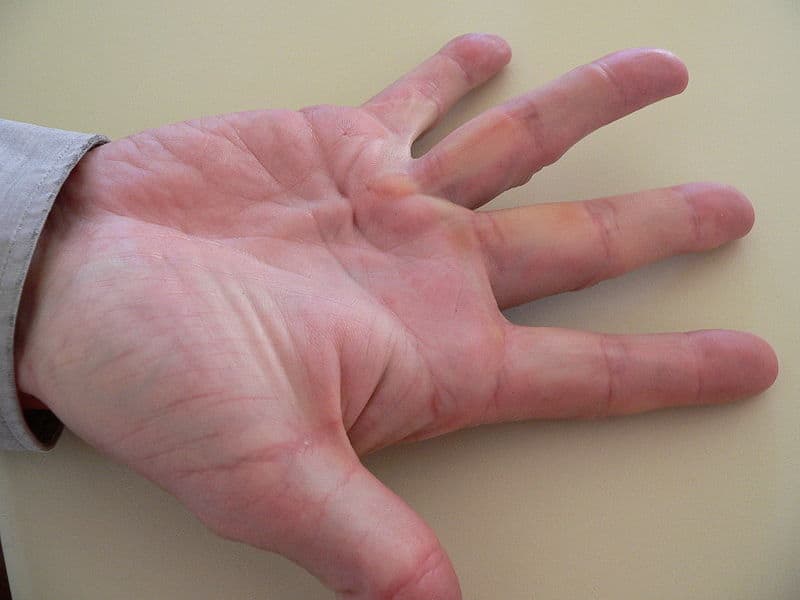 Dupuytrens’ contracture affecting the 4th finger of the right hand

Most patients do not develop significant disease and no treatment is required. Reassure patients int he early stages that any pain associated with a nodule will resolve.

Patients with a positive Hueston’s test (see above) should be referred to a hand surgeon for assessment and intervention. Intervention aims to reduce disability – and thus is not indicated if not disability is present.