Carpal tunnel syndrome is a relatively common disorder, which can be unilateral or bilateral, caused by compression of the median nerve at the level of the wrist, as it passes through the ‘carpal tunnel’.

Patients typically initially complain of parasthesia (“pins and needles”) in the distribution of the median nerve – the thumb, index, middle and half of the ring finger on the affected side. This may progress to pain in the same distribution as the condition progresses.

Symptoms are classically worse at night – often waking the patient from sleep, and patients will commonly report that ‘hanging the arm over the side of the bed’, or getting up and ‘shaking the arms’ relieves the symptoms.

Symptoms are typically provoked by use of the hand and wrist, but occur after rather than during the activity. In advanced disease, there may be weakness of the grip, particularly the thumb, possibly including the classical “wasting of the thenar eminence” (the muscular mass at the base of the thumb). 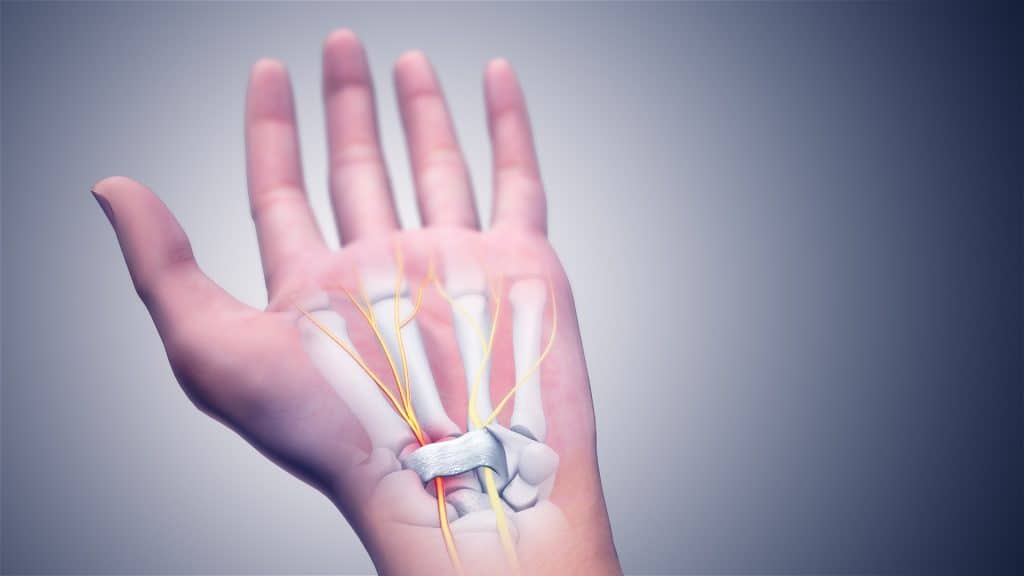 Carpal Tunnel Syndrome Overview. This file is taken from wikimedia commons and is licensed under the Creative Commons Attribution-Share Alike 3.0 Unported license. 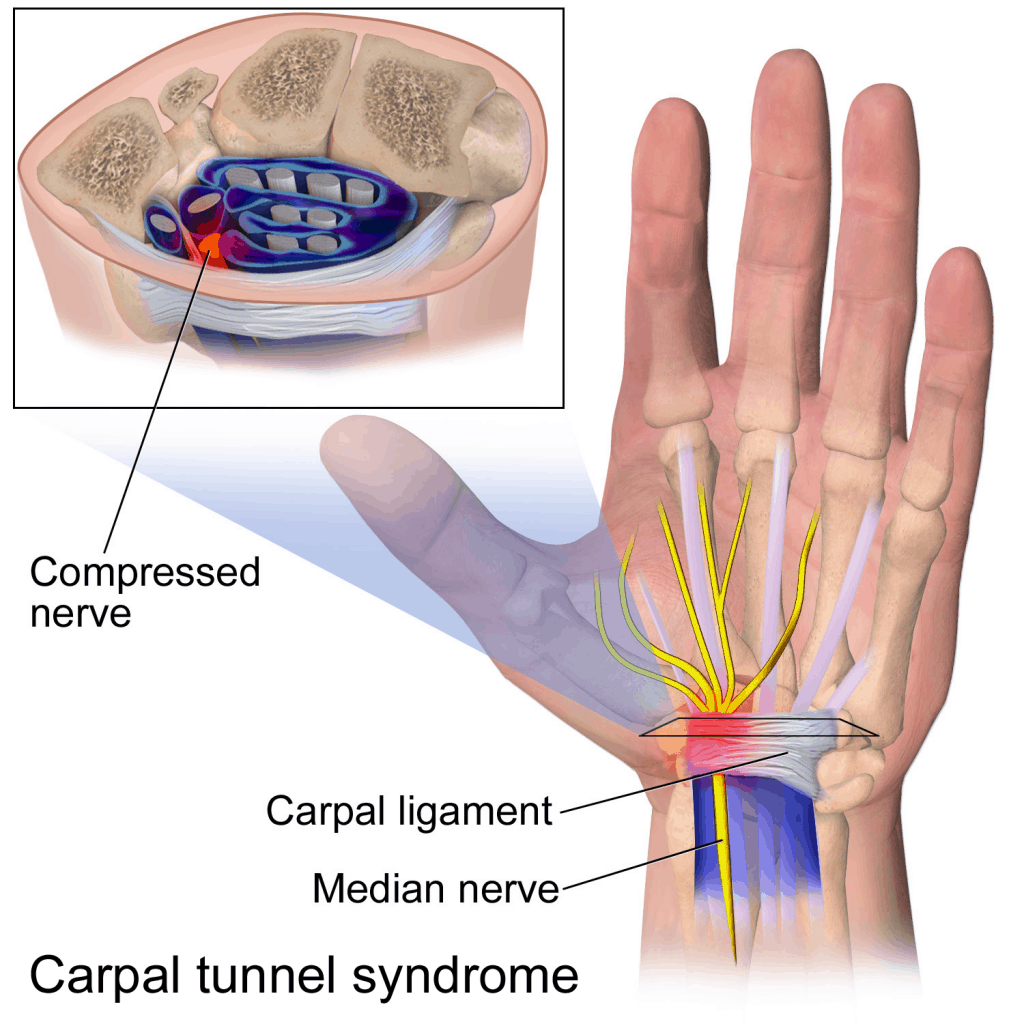 Anatomy of carpal tunnel syndrome. This file is taken from wikimedia commons and is licensed under the Creative Commons Attribution-Share Alike 3.0 Unported license.

These are the signs of of median nerve compression: 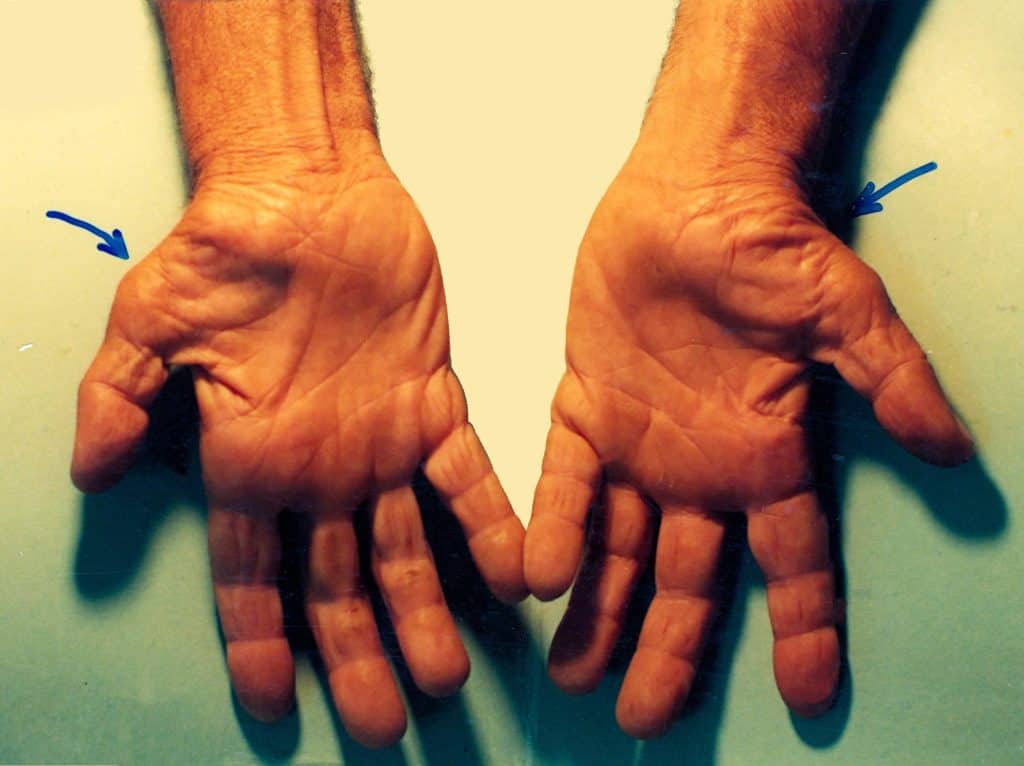 Late carpal tunnel syndrome, showing bilateral wasting of the thenar eminence. This file is taken from wikimedia commons and is licensed under the Creative Commons Attribution-Share Alike 3.0 Unported license. 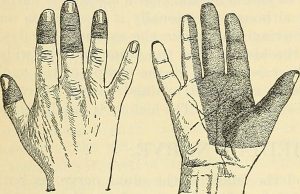 Median Nerve Distribution. Image from page 851 of “Internal medicine; a work for the practicing physician on diagnosis and treatment, with a complete Desk index” (1920)

In addition to below, treat any underling disorder (e.g. hypothyroidism, diabetes, obesity). 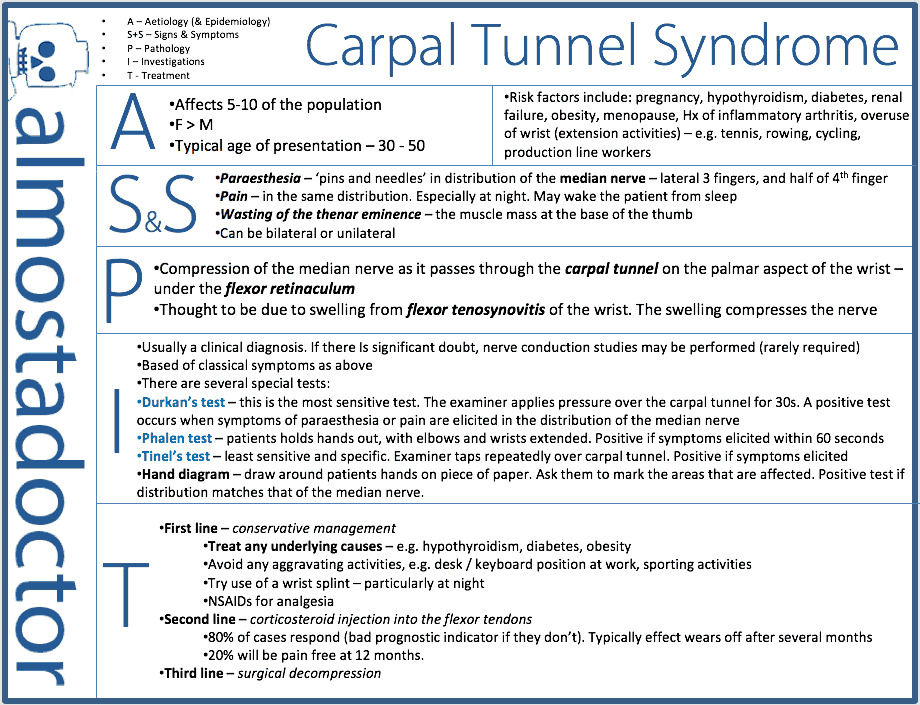