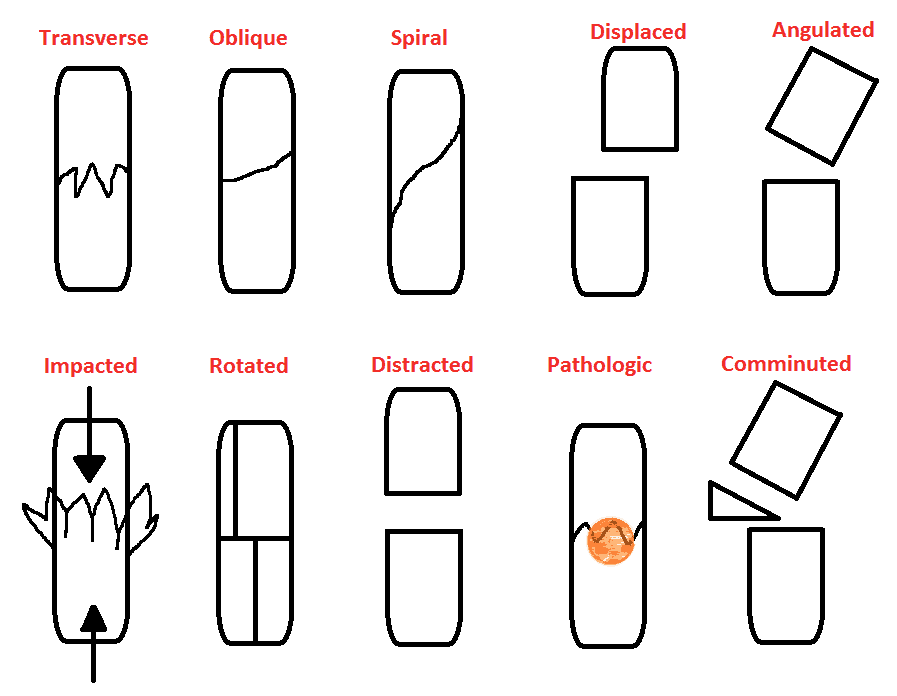 X-ray – the investigation of choice.

Bone scans – if you can’t see a fracture on X-ray, but you still highly suspect one, then you might do a bone scan. There is increased Tc uptake at sites of fracture, so fractures will appear dark on bone scan.

CT – useful if you can’t see anything on x-ray. Make sure the scan is perpendicular to the fracture line!

MRI – once again, useful if x-ray looks normal. MRI’s can be especially good, as a T1 scan can show the fracture immediately, (bone scans and CT can take a while), whilst T2 are good for showing up older fractures.

Nerve Injury – particularly if the fracture affects the knee (common peroneal nerve). Look for foot drop and loss of sensation on the dorsum of the foot. The majority of nerve injuries are traction neuropraxia – i.e. the nerve remains intact, but is temporarily unable to transmit nerve impulses. These will subsequently recover. Prognosis for nerve injury is generally good, but many patients might not make a complete recovery. It is important to make detailed notes and examination of nerve injury before surgery – as if the nerve injury is only noted after surgery, the surgeon may be liable.