Perthes disease (also Legg-Calvé-Perthes disease) is a childhood hip disorder that results in avascular necrosis of the femoral head.

The cause is unknown. 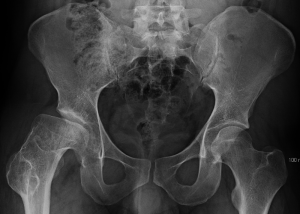