A cataract is an opacification of the lens of the eye. Cataracts tend to cause gradual loss of visual acuity, with normal pupillary response.

Cataracts are the most common non-refractive cause of visual impairment worldwide.

They usually occur with age (although can be congenital, or secondary to medication trauma or other conditions). They can be cured with cataract surgery – which in modern times is usually a relatively straightforward procedure.

Patients should be considered for surgery when the cataract is causing visual acuity of <6/18 in one or both eyes. 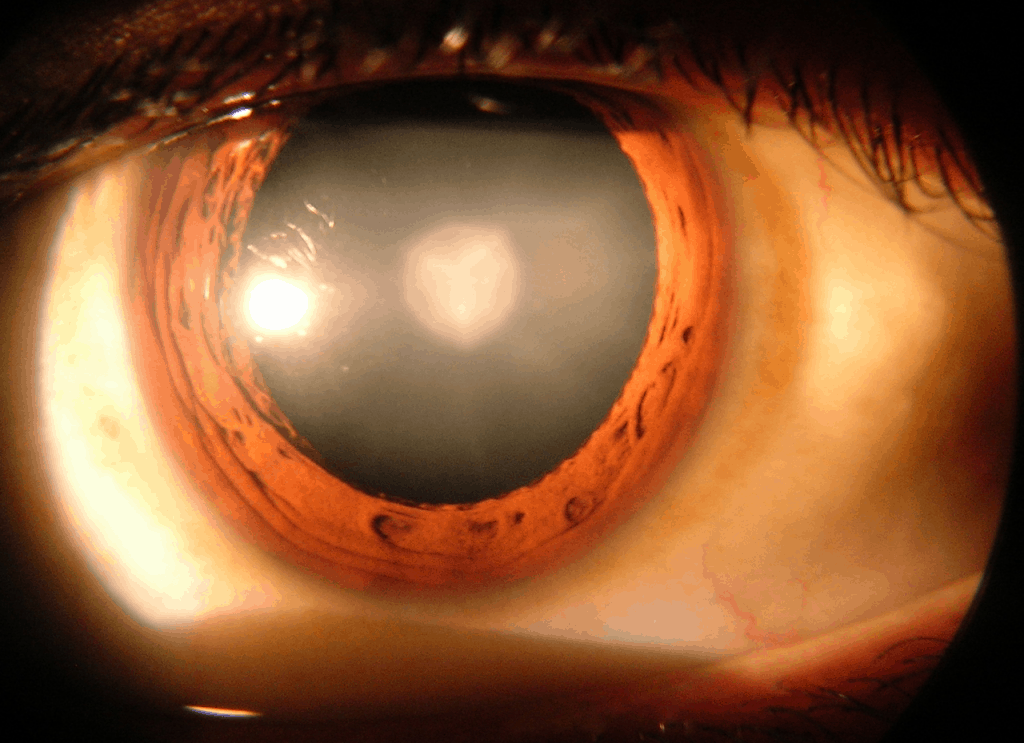 Photo of a cataract with a dilated pupil

In simple terms =  Opacification of the lens.
The normal proteins that make up the lens of the eye degrade overtime and become opaque. This process is accelerated by many of the risk factors described above.

Surgery is the only effective treatment. Patients with milder cataracts or who do not wish to undergo surgery may be able to manage their symptoms with simple lifestyle modifications (e.g. not driving at night, correct placement of light source when reading (behind and above the head!), and modifications around the house to the reduce the risk of falling (if bumping into objects).
On the NHS;
Most common method of treatment of cataracts is phaecoemulsification- the lens is dissolved with ultrasound and replace it with plastic or silicone lens. This also corrects the refractive error.  This is done as a day case using local anaesthetic with or without sedation. One eye is done at a time. By a skilled surgeon it can take less than 10 minutes! Often there is dramatic improvement of symptoms immediately, but maximum recovery can take 2-3 months.
Recovery period
Contraindications to surgery

As with every surgery there are complications;
Sometimes pre-existing pathology is discovered from removing the cataract- as you can now see the Fundus a lot more clearly on slit lamp examination- e.g. AMD
Key Points 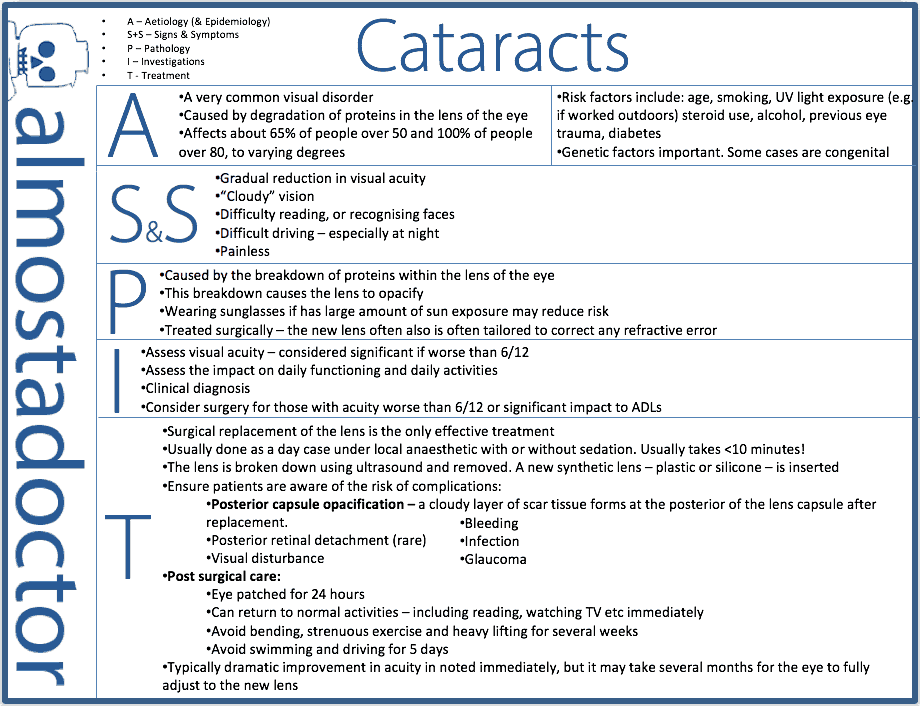