For a really good demonstration of how this works, see Eye simulator V2.0

There are two nerves involved in pupillary responses: 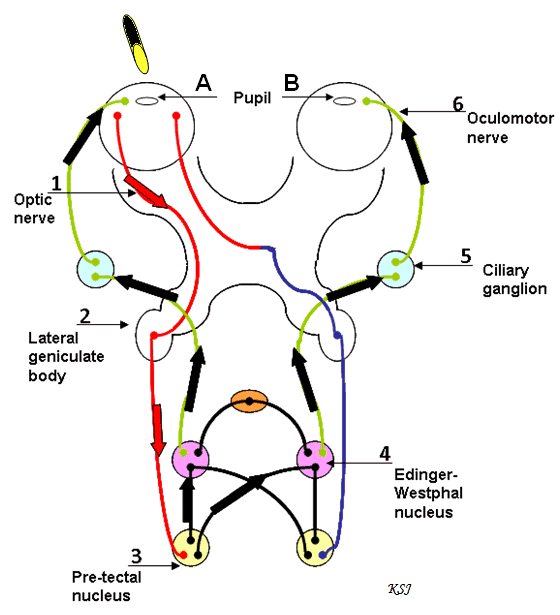 Shining a light in either eye – will cause both pupils to constrict simultaneously.
Relative Afferent Pupillary defect (RAPD)
Marked – shining the light in the affected eye will result in no constriction of either pupil.

The responses are actually NORMAL – however, on the affected side:

The affected side will have:
However! – as the afferent is still functioning normally: