Goitre refers to an enlarged palpable thyroid gland, which moves on swallowing. It may be a benign disorder but is also associated with several thyroid diseases, including iodine deficiency (common in the developing world, and may or may not cause hypothyroidism), Hashimoto’s thyroiditis (a type of hypothyroidism), as well as some of the causes of hyperthyroidism. 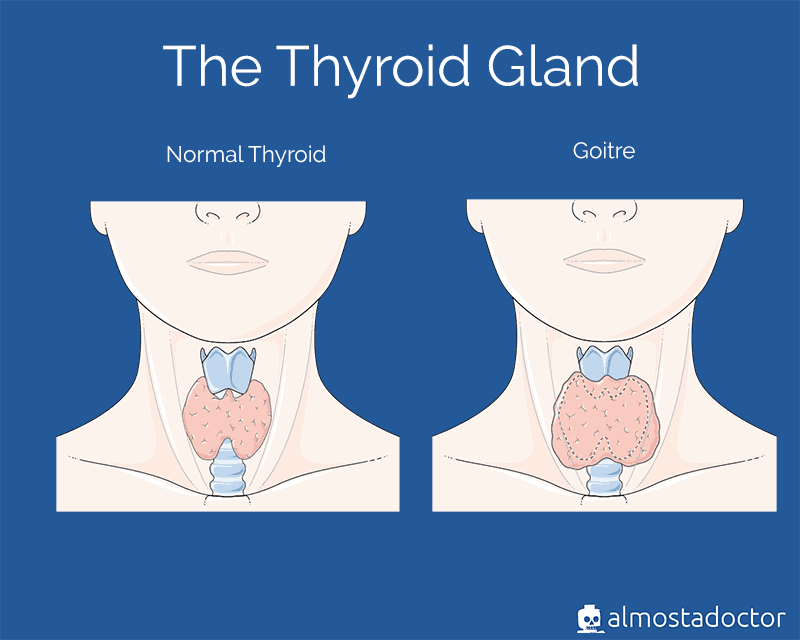 Image modified from original images taken from SMART by Servier Medical Art by Servier and is licensed under a Thyroid gland. Creative Commons Attribution 3.0 Unported License