Mendelian inheritance is a term sometimes used to describe patterns of inheritance, based on the original ideas of dominant and recessive genes, first proposed by the Gregorian Monk Mendel.
Determining patterns of inheritance is greatly aided by the use of pedigrees. Drawing out the ‘family tree’ and highlight affected individuals is a good way of noting down a lot of information without having to write much, and also makes the pattern easier to spot. 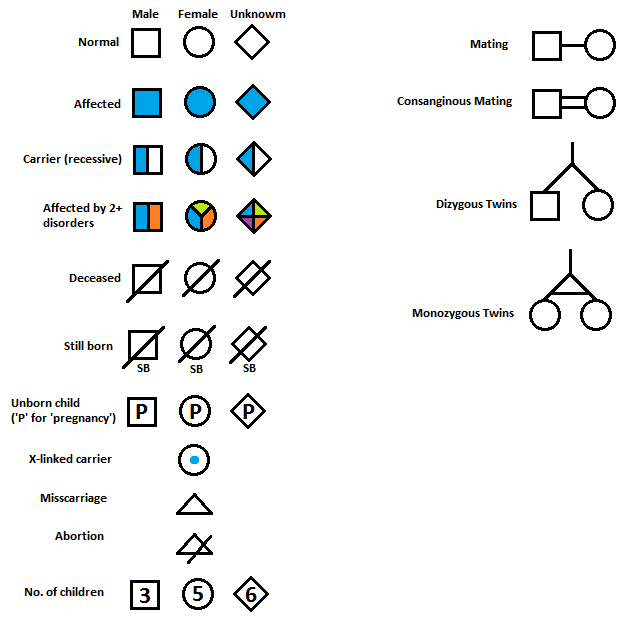 (aka vertical transmission) – thousands of conditions

An Apparent case of an autosomal dominant condition – but parent’s aren’t affected? – don’t forget that the apparent father may not be the actual father!

These conditions are rare compared to their recessive counterparts.

Such conditions are extremely rare. They only affect males, and an affected man will pass on the gene to all his sons. The Y chromosome is typically only associated with spermatogenesis, and thus any conditions involving Y-linked inheritance will typically result in infertility.

There are many disorders for which there are many environmental and genetic factors at play that account for an individual’s overall risk of contracting the disease.
In such conditions, the exact genetic makeup is usually complex, and cannot be accounted for by a specific gene, however, there will often be a family history of the condition(s) to which the child is more susceptible.
Genes that make you susceptible to a condition increase your risk of contracting the condition, but don’t necessarily mean you will get it.
The risk is particularly increased when:
A good way of illustrating how the risk of a condition increases with this kind of polygenic risk is with a normal distribution: 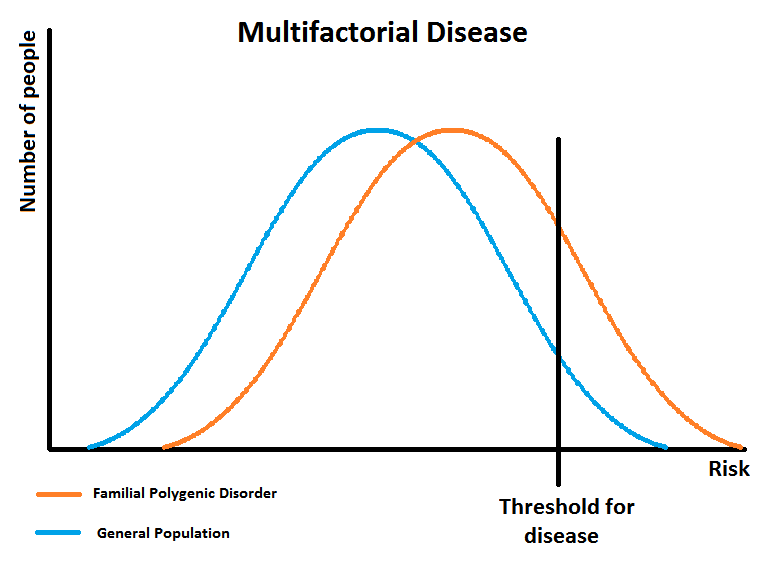 Some common conditions known to be multifactorial include: