This article gives a brief explanation about volume-time curves which are used to assist the distinction between obstructive and restrictive lung disease.

These are only part of a full panel of respiratory function tests (spirometry), and a full, detailed explanation can be seen in the spirometry article. 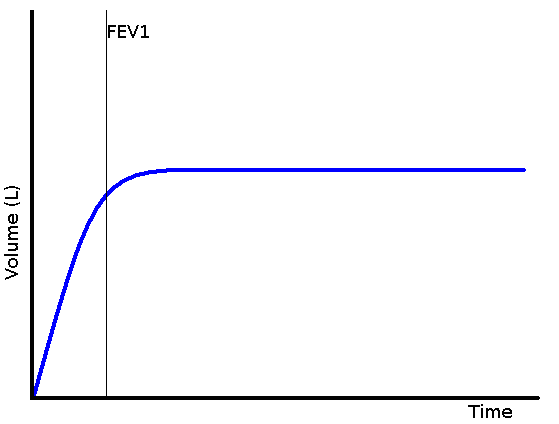 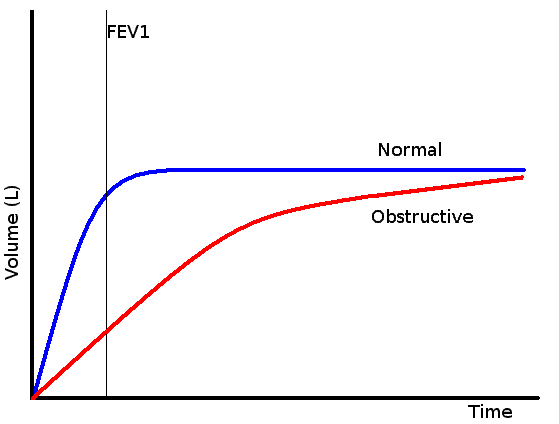 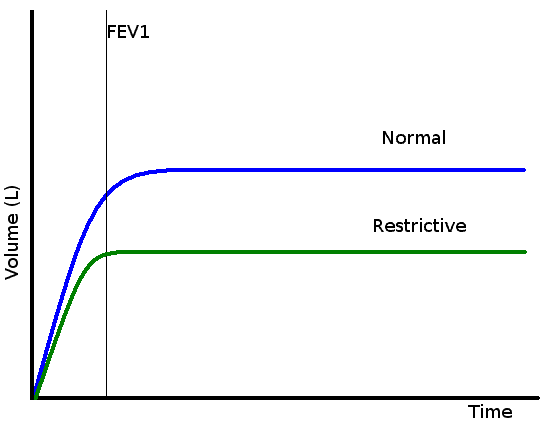 The underlying mechanism is usually fibrosis of the lung. As the normal lung tissue is destroyed it is replaced by scar tissue, which is interspersed with pockets of air. This often leads the lung to have a honeycomb like appearance on x-ray.
The main symptoms are SOB and cough.
Common causes

Remember also you could see somebody who has both restrictive and obstructive disease – in which case they would have a mixed pattern of disease: 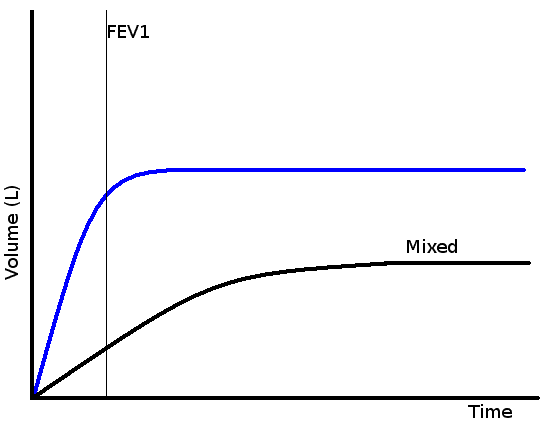