Photosensitive rash – can occur anywhere on the body, but typically seen on the face – as this area is most likely to be exposed to the sun!
Nonspecific symptoms

According to the American College of Rheumatology (ACR), for a patient to be diagnosed with SLE, they must fulfil 4 of the following 11 criteria:
Malar Rash
Oral ulceration
Discoid Rash – a round or oval rash seen on areas of skin exposed to sunlight
Arthritis
Photosensitivity
Serositis
Neurological disorders 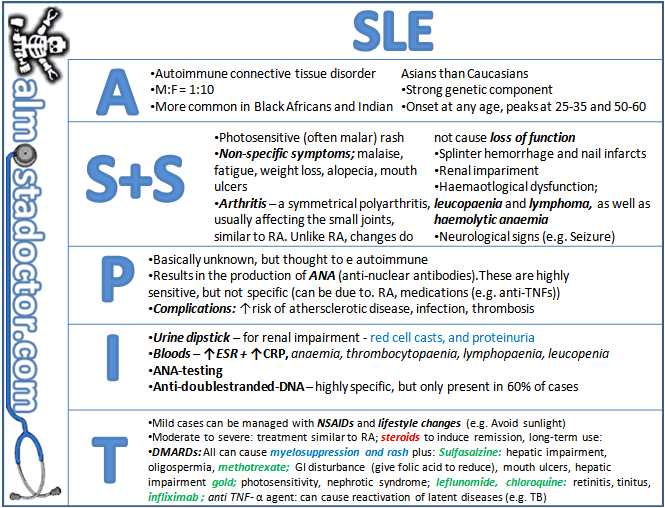