Tetanus is a bacterial infection caused by clostridium tetani, which causes involuntary muscle spasm, and if untreated, is fatal in about 10% of cases.

The bacterium is widespread in the natural environment, particularly in soil, and is typically acquired through a penetrating injury.

The disease itself is actually caused by tetanus toxin, produced by the bacterium. The toxin is so potent, and the amount required to produce the disease is minuscule – so small that it in fact does not cause an immune reaction – and thus paradoxically survivors of tetanus do not typically have immunity to the disease.

A vaccine was developed in 1924. It is thinly vaccine preventable disease that is not readily transmitted between individuals. Immunity is not thought to be life-long, and repeat boosters in adulthood are required for continuing immunity. Typically in most developed nations, 3 doses are given during childhood, and re-vaccination is advisable for those at risk (e.g. manual workers) every 10 years.

Thanks to vaccination, the disease is now very rare in the developed world. In some developing countries it is a still seen frequently.

Neonatal tetanus is particularly deadly, but even more rare in developed nations.

Treatment is with tetanus immunoglobulin, which can be given IV or IM. This binds to free tetanus toxoid, and prevent progression of the illness. Patients with severe disease, affected respiration, may required ventilation and PEG feeding – often for up to 8 weeks.

Clostridium tetani is a gram positive, anaerobic spore forming bacteria.
Incubation period; varies according to site of injury, 3-28 days, typically about 8 days. Shorter in severe disease.
It is found in soil all over the world, but is more common in hot and wet climates, where there is more organic matter in the soil.
It is also commonly found in the gut of mammals – where it does not cause disease.

Spores of C. tetani live in faeces, soil and dust and can be introduced by small break in skin/via mucosa. Penetrating injuries (such as from thorns or other puncture wounds) are more prone to tetanus infection. Rarely, cases have been noted without a preceding injury – it is thought in these cases that very minor cuts and abrasions could be the cause.

C. tetani will not grow in healthy tissues. Factors that are more likely to allow for tetanus infection include:

As such, the types of injury that are more likely to be tetanus-prone include:

WHO estimates 59,000 newborns worldwide died in 2008 as a result of neonatal tetanus.

Spores germinate in anaerobic conditions at wound site and produce neurotoxin (tetanus toxin). The toxin enters peripheral nerves – namely motor neurons, and then travels up peripheral nerves andante the spinal cord and brainstem. It the proximal end of the nerve it cleaves the protein that allows fusion of the synaptic vesicle with the membrane prevents neurotransmitter release – particularly of inhibitory neurons. This causes muscle spasm and over activation.

The longer the nerve, the longer it takes for tetanus to present. Hence wounds at the distal ends of the limbs could take several weeks, whilst wounds at the head and neck may present after only a few days.

The binding of tetanus toxin at the synapse is permanent. New synapses can grow, but this process typically takes 6-8 weeks. As such, the duration of symptoms is usually around 6-8 weeks.

Signs and symptoms can continue to progress for up two weeks after presentation, and can be variable, depending on the amount of toxin that reaches the CNS. Some studies have also suggested that the severity of symptoms is correlated to the previous level of vaccination – those with more up to date vaccination suffer less severe disease.

Symptoms can last for 4-8 weeks. 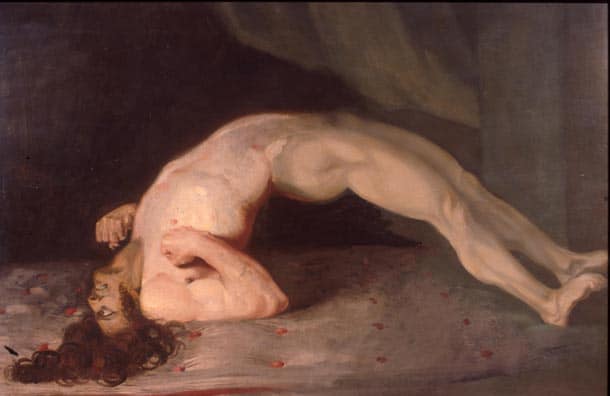 Usually a clinical diagnosis. There is a blood test, but it is unreliable – only typically only positive in about 30% of patients.
The “Spatula test” is believed to be the most reliable clinical sign for tetanus (high specificity and a high sensitivity). This ‘test’ involves touching the posterior pharyngeal wall with spatula (tongue depressor)
Differential diagnosis

Good quality published evidence for many of these interventions is lacking

Assessing wounds for risk of tetanus

Source: Australian Immunisation Handbook. Refer there for most current advice.