Wolff-Parkinson-White Syndrome (WPW) is a genetic disorder that allows abnormal conduction to occur in the heart, via an accessory pathway. It is sometimes called a pre-excitation syndrome, and Wolff-Parkinson-White is by far the most common of these. Others include Lown-Ganong-Levine syndrome, and Mahaim-type pre-excitation.
It is important because it can lead to arrhythmias, which potentially can cause VT and lead to death.

In most individuals, the accessory pathway allows conduction in both directions. In 15% of cases, it allows only retrograde conduction 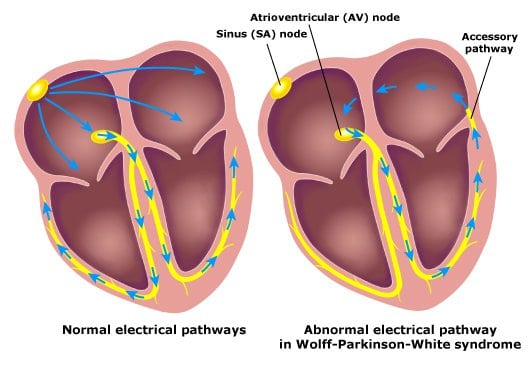 Pre-excitation – i.e. not during an acute episode
Most patients with features of pre-excitation do not go on to develop arrhythmias. 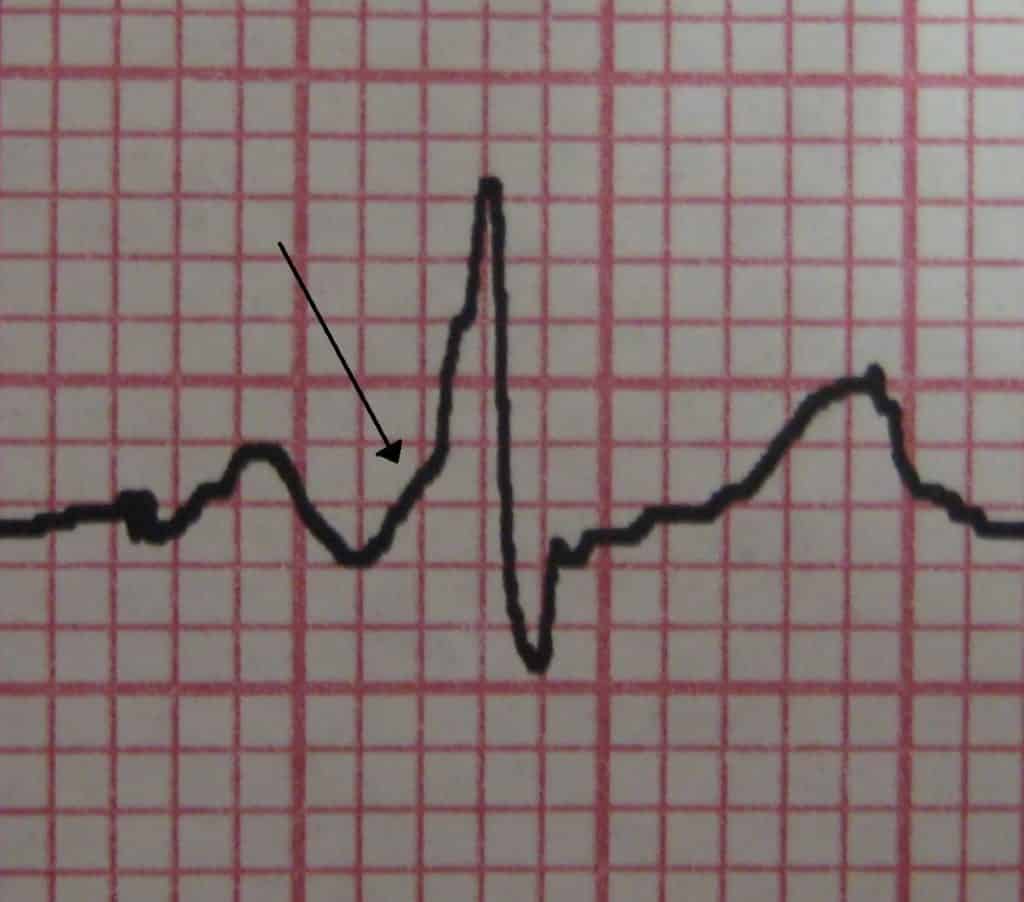 After resolution of acute episode:

Risk of VT due to conduction across the accessory pathway