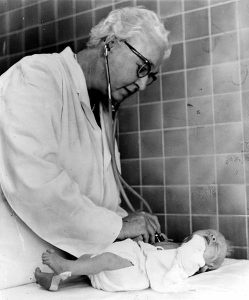 Co-incidentally this is also the exact last name of the anaesthetist who developed the score in the 1950s – Virginia Apgar.

The score is assessed immediately after birth in the delivery room and is a screening tool to assess for the need for any emergency medical intervention.

The test is performed at one and five minutes after birth. 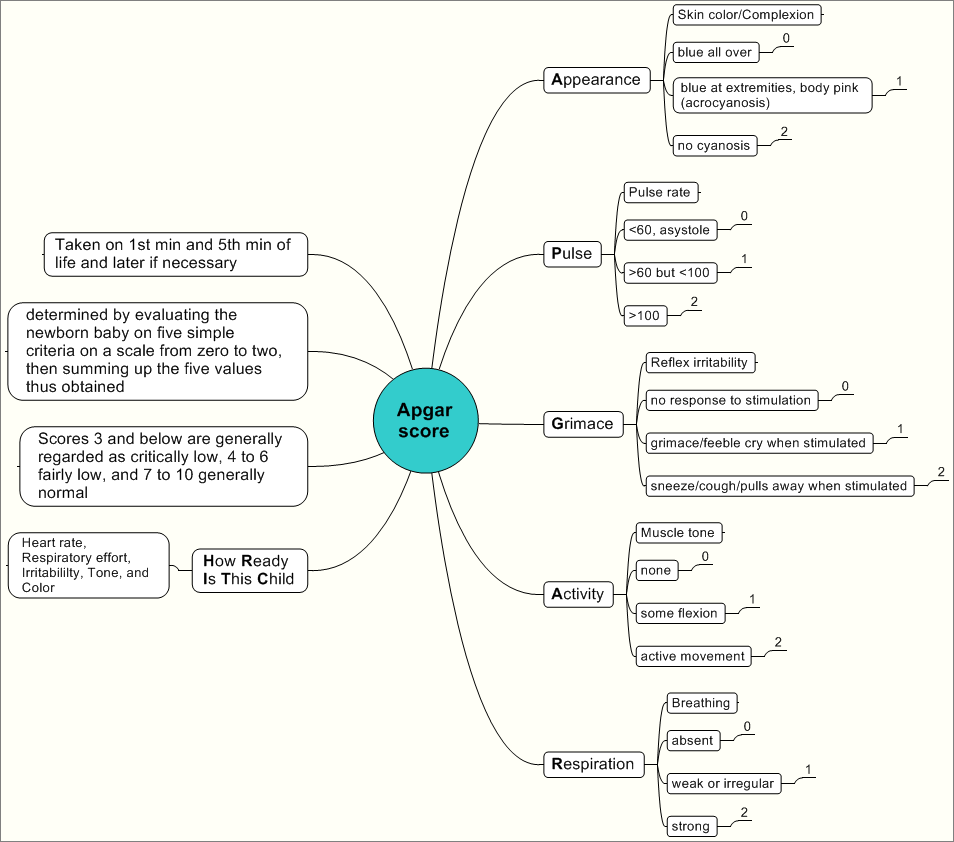 Scores 3 and below are generally regarded as critically low, 4 to 6 fairly low, and 7 to 10 generally normal.
A low score does not necessarily mean that there is something critically wrong with the newborn – but it prompts further medical assessment and intervention. For example – a low APGAR score may be the result of residual fluid in the airway, and a simple suction of the airways may be enough to restore the score to the ‘normal’ range.
Typically lower scores are seen in: