Antepartum hemorrhage (APH) describes any PV bleeding after 24 weeks gestation . There can be many causes, but the most common are placenta praevia and placental abruption.

All bleeds during pregnancy are associated with increased risk of fetal death. Antepartum Hemorrhage also presents a mortality risk to the mother.

This is a condition whereby the placenta is implanted unusually low within the cervix (within the bottom 1/3), resulting in increasing risk of APH and problems during labour.
It occurs in about 1/200 pregnancies, and doesn’t usually present until >20 weeks. In instances where praevia is noted <20 weeks, it often resolves as the placenta grows. 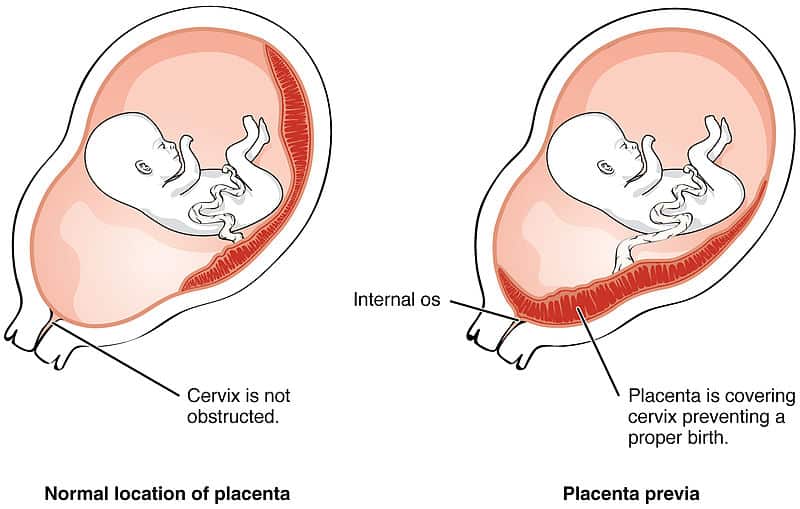 Placenta Praevia – A common cause of Antepartum Hemorrhage

There are four classifications:
Many cases are identified on normal routine pregnancy ultrasound scans. Most cases are minor and will not result in APH.
It is recommended that any women with identified placenta praevia <2cm from the cervical os (or covering the os) undergo planned Caesarian section – usually at 38 weeks.
It is also recommended that they refrain from sexual intercourse to reduce the risk of bleeding.
Placenta accreta
Placenta accreta is an associated disorder, whereby the placenta is unusual adherent to the uterine lining. It is most commonly seen in women with previous placenta praevia whom have undergone Caesarian section. At risk patients be identified by Doppler USS, although it can only be formally diagnosed at surgery.

In this condition, part of the placenta separates from the lining of the uterus, with the accumulation of blood between the placenta and the fetus. It causes about 30% of cases of APH.
Bleeding can be:
Risk factors include:
It occurs after 20 weeks gestation, and in about 1% of pregnancies. Foetal mortality ranges from 20-40%. 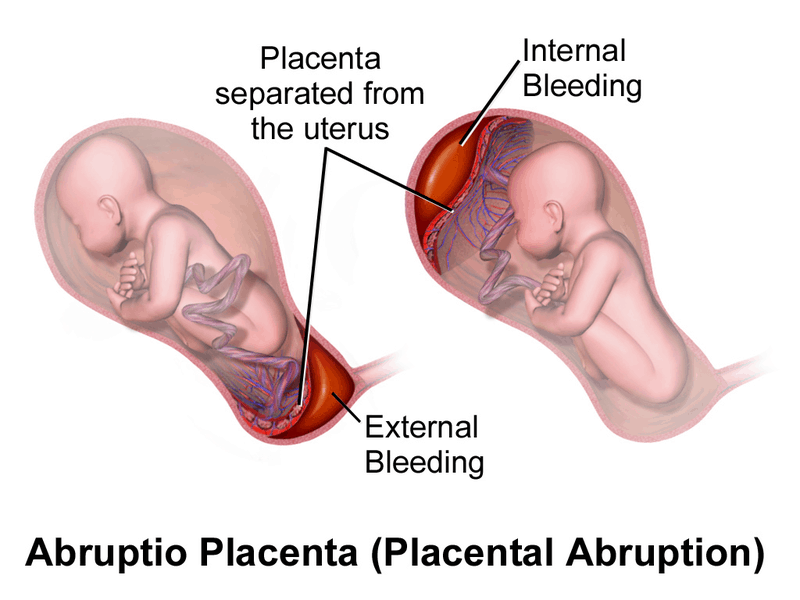