Extradural Haemorrhage
aka Epidural Haematoma
Blood collects between the dura mater and the bone of the skull. The dura is stripped away from the skull – indicating a high pressure bleed. On CT and MRI, it has a classical lentiform (lens) shaped appearance.

Due to a bleed in the extradural space, usually from the middle meningeal artery and/or vein. Typically the result of head trauma around the eye, resulting in fracture to the temporal or parietal bones.
The collection of blood strips the dura off the inside of the skull, and the blood collects in this area.
It is usually due to an arterial bleed – in contrast to a subdural haematoma – which s typically a venous bleed. 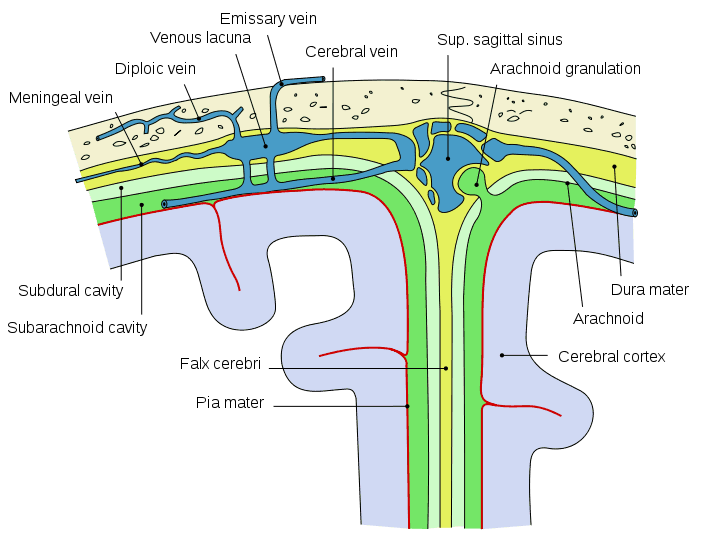 Signs and symptoms include: