Pain is a common problem, and it is essential that doctors know how to treat it. It is recognised that many psychosocial factors affect people’s perception of pain, in particular of chronic pain. This revision article describes the pain ladder and the pharmacology and uses of the analgesia it recommends.

The WHO Pain Ladder 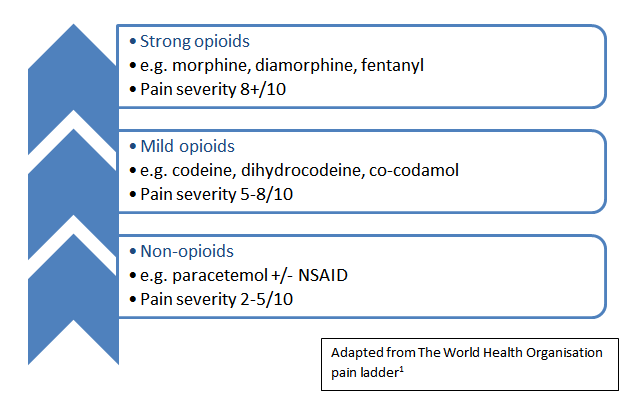 Different types of pain respond to different analgesics. For mild pain, paracetamol is a safe starting point. For pain of musculoskeletal origin such as arthritis, NSAIDs are very effective. Mild opioids such as codeine are beneficial for more severe pain, whilst strong opioids such as morphine, fentanyl and pethidine should be reserved for operations, labour and cancer pain. Alternative pain management techniques such as local anaesthetic injections, tricyclics and pain management programmes may be more suitable for pain of neuropathic origin or of a longer duration.