Cardiomyopathy is a term used to describe a heart muscle disorder, without another obvious cardiac abnormality. The European Heart Journal describes it as a:

However, sometimes cardiomyopathy is a result other cardiac disease, such as hypertension, valvular disorders or ischaemic heart disease.

There are many types of cardiomyopathy, with varying prognoses, from asymptomatic to severe life-limiting and life-threatening. Some types are associated with sudden cardiac death.

The main three types are:

Cardiomyopathies can be primary (idiopathic) and secondary. Secondary causes include:

Clinically, we divide cardiomyopathies into 4 types: 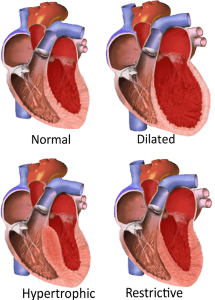 The most common type of cardiomyopathy. It is characterised by enlarged ventricular size, with normal ventricular wall thickness, and systolic dysfunction. Usually affects the left or both ventricles. It is the most common indication for heart transplant. 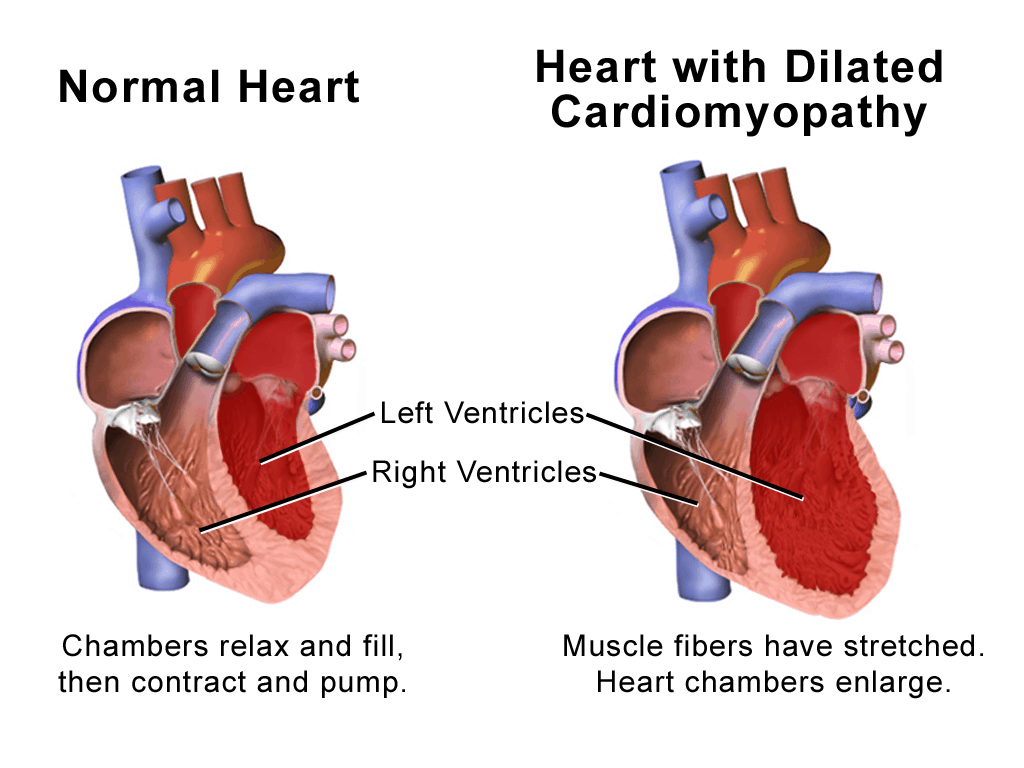 Identifying an underlying cause is difficult. Patients often have multiple risk factors.

For prevention purposes – avoiding alcohol and cocaine use is advisable

The typical presentation is that of of heart failure

It may also present as:

ECG changes may include: 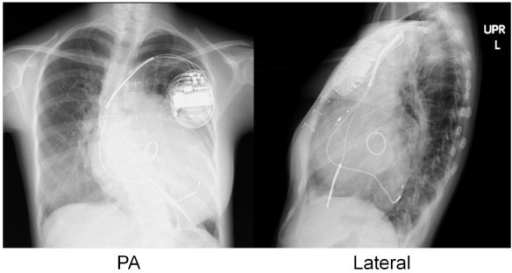 In HCM, there is hypertrophy of the left ventricle, which causes left ventricular outflow obstruction, mitral valve problems, myocardial ischaemia and increases the risk of tachyarrhythmias.

It is a relatively common cause of sudden death in young athletes, and may also cause unexplained syncope – particularly associated with exercise.

It is diagnosed by echocardiogram. Treatment usually consists of beta-blockers and calcium channel blockers (particularly verapamil). Occasionally, surgery may be performed to reduce outflow tract obstruction. 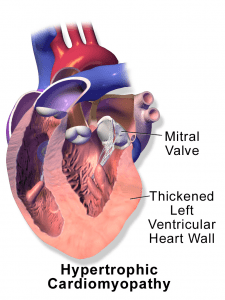 Management aims to reduce the symptoms and progression of the disease.

Restrictive cardiomyopathy is the least common of the three types discussed here. It accounts for about 5% of all cases of cardiomyopathy. It is due to reduced compliance of the ventricular walls during diastolic filling. It can broadly be divided into two type:

It most commonly affects the left ventricle, but can often affect both. The condition causes high diastolic filling pressures, which leads to pulmonary hypertension. It is also commonly associated with mural thrombi.