The genetic defects result in excessive iron absorption from the diet.
The excess iron accumulates in tissues, causing a wide variety of signs and symptoms as a result of problems with iron metabolism and excretion. These include:

If untreated, iron overload is fatal.
The mainstay of treatment involves regular removal of blood from the patient (venesection). Initially after diagnosis, this typically involves removal of blood every week until ferritin falls below 100. Following this, the patient typically may have 3-4 courses of venesection per year. Typically volumes of about 500mls are removed.
With appropriate treatment, life-expectancy returns to normal. 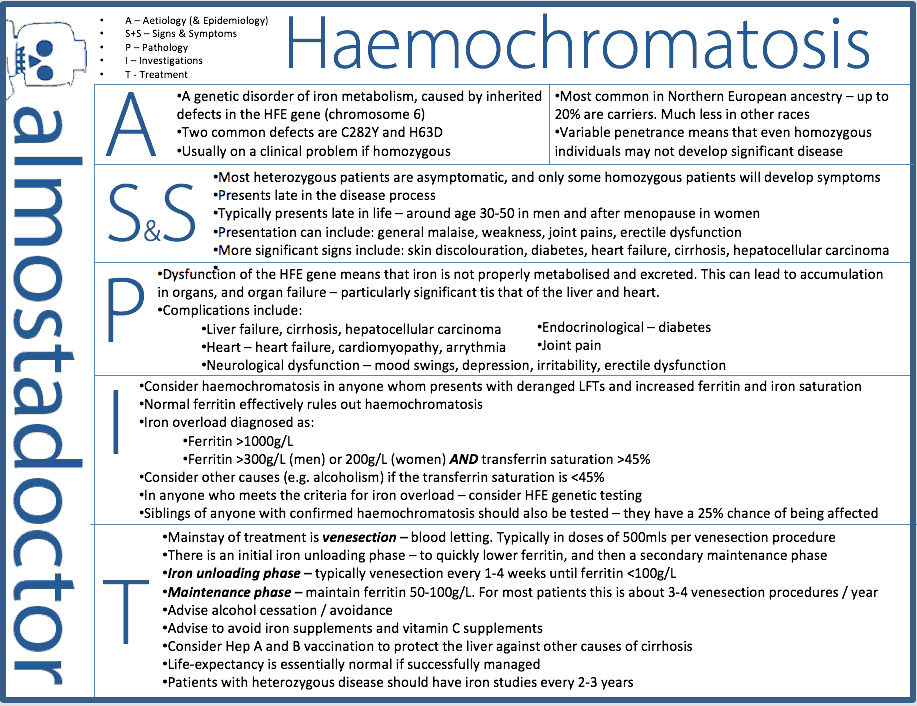